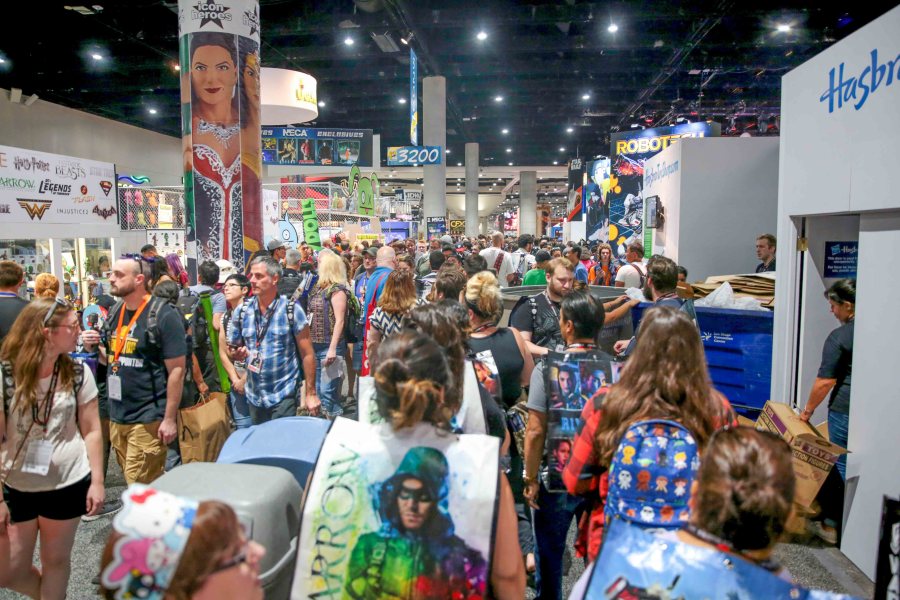 Two things on the agenda today: promote Trinity and hype the Con.

I’d like to say Trinity is selling like hotcakes, but more than half my sales are digital, so I guess they are akin to selling like savory pictures of hotcakes. Regardless, things are going well.

Turning back to the open path before him, Atom counted the passing cells.

He reached his destination just before his pursuers crested the top step. Ducking inside he found himself face to face with a slight, middle-aged man. The man reclined on his bunk reading a dog-eared book. Surprise spread over the man’s face as Atom dove under the solitary bunk and pulled a dangling blanket down enough to cover his presence.

“Throw them off and there’s a cut for you,” Atom hissed from beneath the metal frame.

“Of what?” the man whispered back.

Atom swished the liquid around in his bottle and saw the man’s feet touch the floor just as a cavalcade of thundering footsteps drove down the walk.

“Boke took a poke at Dilly,” a new voice replied. “Busted his knee and face. I know he came up this way.”

“You say he passed?” the man interrupted.

“You better be worth it,” the man said as he returned to sit on the edge of his bunk. “Is the commotion in the yard your doing as well?”

“That I couldn’t say.” Atom shimmied from under the bunk and edged close enough to the cell door to peek down at the tumult taking place on the block floor. Daisy had done his work escalating. Atom assumed Lilly had played a part as well. The yard seemed a seething mass of motion. As Atom watched, the gate groaned open and four power-armored guards waded into the mess.

“I can honestly say, I’m glad I’m not down there,” Atom said with a laugh as he returned to drop onto the far end of the bunk. “Name’s Atom.” He patted his chest with one hand and produced the bottle with the other. “I say we polish this off right quick before they decide to toss the block.”

“Kim.” The man held his hand out, palm up. “Arsonist by trade, artist by choice.”

Atom uncapped the bottle and took a long pull, wiping his mouth with his sleeve as he passed the liquor to his new companion. “Merch and merc depending on the day,” he said with a lopsided grin that sucked some of the tension from the air.

Raising the bottle in salute, Kim took a long pull. Atom watched half the bottle disappear like magic.

Atom reached into his pocket and found the pipe Lilly had stashed in their brushing. He pulled it out and started to dismantle the pipe. Wiping the bottle off with his sleeve, Kim passed it back.

“What have you got?” he asked.

“Pipe wouldn’t work, I’m trying a quick clean to see if it’s just jammed up.” He took a quick nip at the bottle and as he wiped the mouth off as Kim had done, he dropped the ignition filament in the bottle. Then, with a grimace he passed the bottle back.

“Too strong for me, kill it,” he said, blinking away tears. Kim shrugged and upended the bottle. Just as he finished the last pull, Atom asked, “Remember a law-bringer named Coffey?”

Kim sputtered. He narrowed his eyes over the bottom of the bottle, but continued to pull until he had drained every drop of the precious liquid. As the firebat lowered the bottle with a question on his lips, Atom slipped from the bed and edged towards the cell door.

“What are you talking about?” Kim coughed and thumped his chest. “Yeah, I remember Coffey. She had it out for me, but could never pin anything on me.” Kim grinned.

“That drink’s from her.” Atom had reached the edge of the cell.

The firebug coughed again. Then he took a deep breath. The filament ignited the fumes of the grain alcohol.

The explosion launched Atom over the railing. Flame roiled around his feet as he flew through the air. A knot of milling prisoners softened his landing, but the impact still knocked the wind from his lungs.

Now that you’ve had a taste, lets move on to the Con. September 18-19 I will be hosting a table at the Granite State Comic-Con. I’m hoping there will be a good turnout. Getting out to talk to people about my books, writing, and just shoot the breeze happens to be one of my favorite pastimes.

In addition there should be a fairly entertaining lineup of guests and cosplay groups.

Come on out to get a signed copy of both Atom & Go books. I’ll be there with my lovely assistant Kate, who is wicked excited to skip school to visit a Con. If those dates don’t work for you, I’ll be in Rhode Island the first weekend in November. Perhaps someday I will branch out from the New York, New England region, but baby steps.

See you all in a month. In the meantime, keep on reading, keep on being you, and keep on flying the Black.