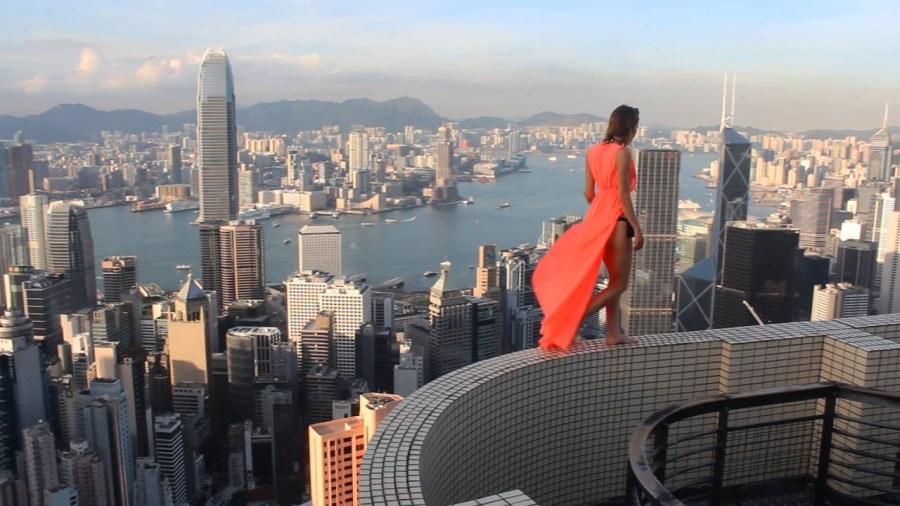 Penny stood barefoot, her toes curled at the lip of the rooftop. With arms spread wide she stared from her solitude at the skyline before her, at the lights twinkling like terrestrial stars.

Sounds of life drifted up to her solitary aerie, reminding her of the missing piece of her life. Her gaze drifted like a feather down to the well-lit city streets.

The eagle’s winds tugged at her spread wings.

An aching hollowness seeped from within her chest, emptiness, a canker where her soul once radiated. Penny dropped her arms to her sides. Her shoulders sagged as she reached to her neck with both hands and caressed the necklace, her prison.

She looked out from that prison at the freedom below and a siren song called to her.

“We see everything,” the judge’s eyes remained locked on his screen. “In light of violating article 5, subsection a-37 of the automotive code, texting while operating a vehicle, you are sentenced to fourteen days in a necklace.”

Penny’s stomach dropped. She had heard about the necklace, and even seen a violator shuffling along the far side of the street, a pariah trapped in his own bubble of shame. Taking a deep breath she wiped her sweaty palms on her shorts and looked up at the judge, waiting for him to acknowledge her presence.

His eyes remained glued to his screen.

“Your honor,” her voice trembled.

“Yes?” he responded after a moment, looking up with a mixture of confusion and concern. “Is something wrong?” he glanced to the bailiff standing a few paces away.

“Isn’t there another way?”

A pitying smile broke the judge’s stern expression. “It’s only two weeks. There are people who receive multiple life sentences. Imagine what they must be feeling when they stand in your place and process that information.

“You will survive,” his eyes gravitated back to his screen and he began flipping through the pages for the next case. “Dismissed.”

For a moment Penny stared at the preoccupied judge. Then with an automaton’s grace she turned and followed as the bailiff led her from the courtroom. Outside she stumbled into the arms of a pair of guards who hustled her down the stairs for processing and release.

A dozen forms scrolled along the screen before her.

Lastly, the guards forced her into a cold metal chair before leaving her alone in a dim room. Penny stared at herself in the mirror. She recognized the one-way glass from every cop show she’d ever seen, with one exception, she sat in the chair.

Cold sweat dripped down her neck, carving a trail of goosebumps along her spine.

A tremor danced down her arm. Penny clenched her hands in her lap, trying to control her fear. She strained to recall the scenes that led to the chair, but she could only focus on her mocking reflection, a pic she would have laughed at if one of her friends had posted it. She might have replied with a tearful emoji, but behind the safety of her own screen a different emotion would have ruled, relief at the distance.

Now the mirror doubled as her screen. Penny witnessed herself and as her breath shortened, she sent that emoji to herself… tears.

The two guards returned, escorting a white-coated technician. Penny’s blind eyes saw only the short, thin necklace the tech carried with indifference. Before she could process the moment, the tech snapped on the necklace and activated the power cell.

The woman stepped back and saw Penny for the first time. Pity flitted over her face. “You’ll have to wear the necklace for the term of your sentence,” formality wiped the pity away with practiced speech. “Do not tamper with the necklace. Tampering may lead to an explosion and/or a radiation leak. Both will prove fatal.

“You’ve got this, honey,” the woman leaned forward and tucked a stray strand of Penny’s hair away from her face. “It’s only two weeks.”

The guards hustled Penny out through the side door of the courthouse and left her standing alone on the sidewalk, a bag of possessions in one hand and her shoes in the other.

As the door thudded shut behind her, Penny sank to the steps. With clumsy fingers she buckled her shoes and retrieved her personal items from the police bag.

From the bottom of the bag she pulled her phone and stared at the dead screen. Penny traced familiar patterns on the screen, willing it to rise from the tech-tomb so she could call home for a ride. The phone refused to respond to her gentle caresses and with an air of defeat she tucked the life-portal into her back pocket. Tossing the plastic bag in the trash, Penny turned and ambled in the general direction of her home.

Penny wandered the morning away, searching for something familiar to guide her steps to the apartment she shared with her family.

As she walked along the crowded, rush-hour streets a circular void surrounded her. The phones of every pedestrian sensed her necklace-fueled dead zone and advised their owners to circumvent to avoid the loss in service.

“Excuse me,” Penny called out in desperation to a woman manning a coffee cart on the corner as the morning traffic swirled about her bubble like a stream around an immovable boulder. Penny kept her distance from the woman, and only after several attempts did the woman notice her calls.

“What can I do for you?” the woman eyed her with wariness.

“Could you call my mom?” Penny held up her phone. “My phone’s dead and I can’t remember how to get home.”

“Can’t remember how to get home?” the woman’s face contorted into a fusion of disbelief and amusement. “Sounds like you have a story and a half if you woke up without a clue to get you home. Why don’t you use the charge station?”

Before Penny could answer, the woman registered the dead space surrounding the hapless girl.

“Oh, dear,” the woman excused herself from the short line at the cart and made her way towards Penny, being careful to stop just outside the damping field projected by the necklace. “What’s your mom’s number?”

Penny opened her moth, then realization hit and her shoulders slumped. “I don’t know,” she whispered. “I just tell my phone to call mom.”

The woman turned her back on Penny and plugged into her a phone. A few moments later Penny caught the murmur of the woman’s voice, laced with concern.

“Alright, dear,” the woman stepped to close and cursed as she scuttled out of the dead-zone, eyeing her phone with near panic. Once she realized the phone had survived she lifted her eyes to Penny. “Your mom will be here in a few minutes to take you home.”

A week later, Penny sat in her room, encased in darkness. Nothing worked. The necklace allowed for basic electrical function, but anything electronic pixilated and died when she came within fifteen feet.

She ate what her mom cooked and left on the counter. Penny crept from her room like a feral beast, shoveling food into her mouth when everyone had vacated the area.

For the first few days Penny had tried to continue her life with some sense of normalcy, but every computer died at work the moment she walked by. Within ten minutes of showing up at the office her boss sent her packing on indefinite leave. She tried to get coffee, but after shouting her order to the barista she realized without her phone she had no way to pay.

Penny could not wander more than a couple blocks from home without becoming turned about and losing her direction.

She realized without her phone she had no way to contact her friends and even when her mother sent a text for her, she failed to recall how to get to their apartments.

A week trapped in her electronic purgatory drove Penny to the brink of madness.

On the seventh day Penny fumbled at the manual locks to her front door. The automated locks generally opened as soon as anyone in Penny’s family approached the door. In frustration she punched the door, leaving a slight, bloody smear near the peep hole.

From the forty-eighth floor she climbed to the roof of her building without the aid of the elevator which locked down at her approach.

Empty, hollow, drained, she leaned against the low wall at the edge of the roof and looked out on the city. 120 floors above the street afforded a sense of solitude. A wan smile broke her grim façade, the security door leading to the roof had deactivated when she approached, the only dark ray of sunshine in seven days.

Penny listened to the city, so close she could almost touch it.

But without the means to plug into the city, into life, she wandered on the outside like a lost sheep.

Penny removed her shoes and socks.

Climbing onto the ledge, she wiggled her toes in the breeze, soaking up the coolness of the concrete and the sensation.

She spread her arms, imagining herself as an eagle. She dreamed of freedom.

Penny sank into herself, running her fingers over the contours of her prison and contemplating tearing it off.

In a fit of desperation she threw her arms wide and leaned forward.

But she hesitated and curled her toes, feeling the rough texture of the cement with bare feet for the first time.

2 thoughts on “The Necklace”